Key highlights for the construction industry from last week's budget

Chancellor George Osborne painted an upbeat picture of Britain’s economic prospects in his 2014 budget speech last week and much of this can be related to the improving construction industry.

There were a few things of interest and to help our industry, although a number had already been announced.

“We’re going to build 15,000 homes there, put in the infrastructure, set up the development corporation and make it happen,” the chancellor said. “And we will be publishing a prospectus on the future of garden cities.”
He declared: “We’re getting Britain building.”
Communities secretary Eric Pickles said: "This year’s budget shows how housebuilding is central to our long-term economic plan, with measures to get Britain building and support to help hard-working people realise their dream of home ownership. Today’s multi-billion package will boost housebuilding, particularly on brownfield land, create new jobs and allow up to an additional 120,000 aspiring homeowners to buy a home.
"The moves will get workers back on site across the country, including at large sites like Ebbsfleet, help smaller builders to restart work on stalled developments, and make sure people who want to build their own home can."
www.pinnnacleconsulting.co.uk sales recruitment for the construction industry
Posted by Unknown at 09:00 No comments:

More great news for manufacturers and distributors of construction and building products with the latest data published by the Office of National Statistics (ONS) show that construction output in January rose 1.8% compared with December while new orders for the final quarter of 2013 rose 1.5% compared to the third quarter, providing positive signs for the industry going forward.

Commenting on the ONS figures, Dr Noble Francis, Economics Director at the Construction Products Association said, “The construction industry continued to see a recovery in activity.  Output in January was 5.4% higher than snow-affected January 2013.  New orders are an early indicator of future output, so the 1.5% rise during the final quarter of 2013 suggests that the growth in activity is also likely to continue over the next 12-18 months.

“Private housing was the key driver of construction growth in January with sector output 23.3% higher than a year earlier.  New orders for private housing in Q4 rose 7.2% compared with Q3 and indicate growth for the sector in 2014 and 2015.  The Association forecasts that private housing starts will rise 16% this year and a further 10% in 2015.

“Output in public non-housing, which primarily covers schools and hospitals work, has suffered greatly in recent years but looks set for a recovery.  Output in the sector fell 34% between 2010 and 2013.  In January, however, output was 2.2% higher than a year earlier and new orders in Q4 were 16.8% higher than in Q3, pointing towards sector growth this year.”

Check out the the latest construction sales jobs

Help to Buy scheme to be extended to 2020 announces chancellor

The chancellor George Osborne announced on Sunday that he is to extend Help to Buy for new built homes until 2020, four years longer than planned.

The chancellor said Help to Buy had "helped people into homes and... helped build new homes".

The Help to Buy scheme has been one of the main drivers behind the improving housebuilding industry and this extension will be welcome news for house builders, manufacturers and merchants.

www.pinnacleconsulting.co.uk sales and marketing recruitment for the building products sector 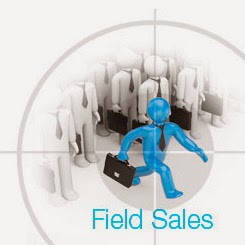 Our Job in Focus for March is a great opportunity for an experienced construction sales professional with a excellent technical background to market a specialist product portfolio of Insulation products for Industrial, HVAC and Marine applications. You would manage a technical sales team of two. This role covers the UK and Ireland.

Each month our Job in Focus feature takes a detailed look at some of the fantastic construction and building materials job vacancies currently on our books. Job in Focus is also promoted on our website. Visit www.pinnacleconsulting.co.uk

EMPLOYER: Our client is a market leading supplier in structural building products, who are a huge global brand.

PERSON: We are seeking a proven and commercially strong sales person from the structural building products market who has sold to distributors or worked for a distributor. This person should be a commercially astute salesperson with a successful track record in construction sales. The ideal would be a candidate with experience in Marine, Offshore, Process or Technical Industrial Insulation applications, Specialist Coatings, Fire Protection, Acoustics, Pre Insulated Pipe, Ducting or Specialist HVAC. An education in Mechanical engineering or a degree from a technical university would be beneficial but not essential.

BENEFITS: On offer is a basic salary of circa £50,000 plus 20% bonus, car, pension, healthcare, iPhone and 30 days plus bank holidays.

For further information or to discuss your career options contact Chris Easom on 01480 405 225 or by email chris@pinnacleconsulting.co.uk
Posted by Unknown at 10:11 No comments: 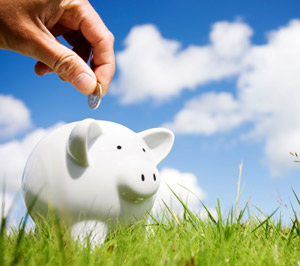 Good news for manufacturers of eco-friendly products as the government has announced it is changing their Green Deal cash-back scheme to encourage more people to take-up its energy efficiency programme.

Applications for Green Deal Cash-back can now be submitted up to the end of June, with with energy improvements to be installed, and vouchers redeemed, by 30 September 2014.

Energy and Climate Change Minister Greg Barker said: "Inefficient homes use a lot more energy than they need to, which consumers pay a high price for.

"The extension and increase to Green Deal cash-back means more families will be helped to have warmer, more energy efficient homes and lower energy bills by next winter. These changes also create more opportunities for the growing number of authorised green deal companies."

DECC has also increased the cash-back available on some Green Deal measures:


The cap has also been raised on cash-back payments from 50% of a household's contribution towards costs, to two thirds, meaning more people will be eligible for the maximum cash-back level.

www.pinnacleconsulting.co.uk recruitment for the building products sector
Posted by Unknown at 10:12 No comments:

A Guide to Specification Sales Jobs 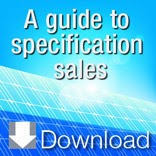 Specification selling is now more important than ever for a manufacturer of building products. A specification sales job allows you to directly influence the product selection for a project and puts the control in your hands rather than that of another party. However many people are not exactly sure what the role involves - we have produced a guide to assist.

Specification sales jobs are exciting and rewarding positions that should be considered by anyone looking to develop a sales career in the building products industry. It requires a more technical approach and different skill set to traditional account sales, to find out more and if it is right for you, download our guide to understanding specification sales from here.

If you would like to discuss your career further, you can speak with one of our industry consultants on 01480 405225 or search for the latest sales jobs in the building products industry. 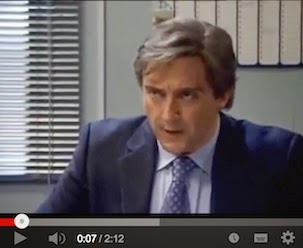 Job interviews are very stressful at the best of times, but it doesn't help when your interviewer makes life difficult! Have you ever come out of an interview totally confused or bemused at why you acted completely different than your normal rationale self?!

If you are looking for a job in the construction products industry, Pinnacle Consulting will prepare you for the interview process as well as helping you find a new job that is right for you. Take a look at our current sales jobs.

In the meantime, enjoy these two comedy classics and see if they ring any bells! 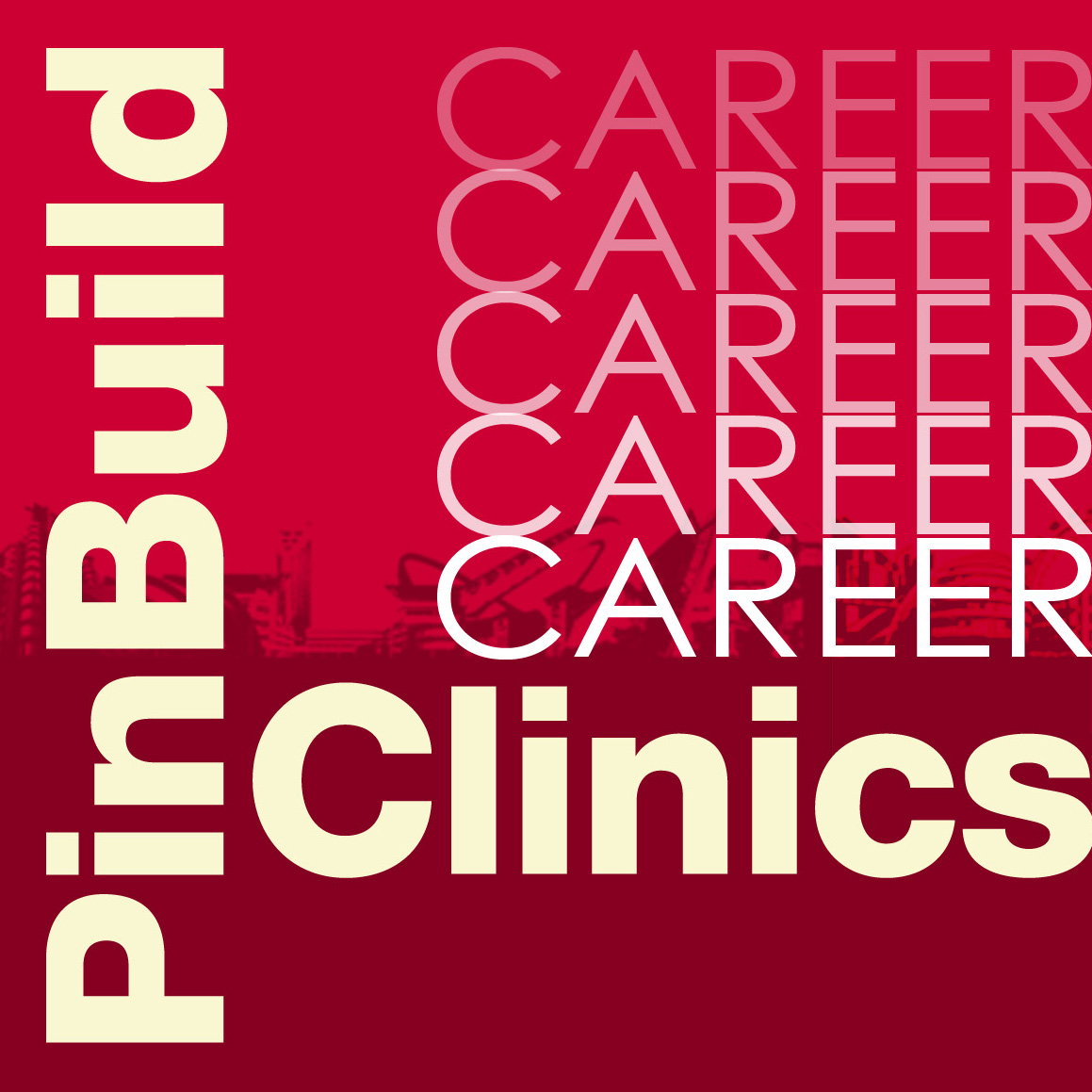 If the time is right for a new challenge in building products sales or marketing and you would like an independent evaluation of your career? Why not arrange to attend one of our FREE PinBuild Career Development Clinics this March.


PinBuild Clinics are for sales & marketing professionals in the building products, construction & interiors sectors. They provide specialist career advice and a match to our latest vacancies.

Call us to arrange to meet one of our Specialist Consultants. Tel: 01480 405225 or e-mail recruit@pinnacleconsulting.co.uk

Our current jobs: You might find one you'd like to discuss: Search for building products sales jobs

PinBuild Clinics will evaluate the job seeker’s career to date and identify the best opportunities available. The clinics provide professionals with expert advice on how to progress their career by discussing the industry sectors that have potential for growth, the skills and focus needed to ensure that they develop with the changing nature of the market and how to ensure that their career continues to progress rather than stagnating.

The clinics will also assist those that attend to map out a realistic and achievable career path, including any potential training requirements. Assistance will also be given to evaluate their CV and also their interview technique and where they should focus to ensure they realise their true potential in the building and construction industry.

We specialise in external and internal sales positions, marketing and management roles and director and board appointments with manufacturers, merchants or distributors across the whole building, construction and interiors product spectrum.

Take some time out to read about CRASH the construction industry's charity for homeless people and one of our industry partners for our charity initiative 'Helping others as you recruit.'
Posted by Unknown at 09:11 No comments:

New housing starts are at their best since 2007 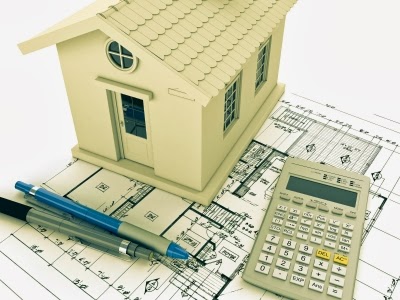 New housing starts in England increased by 23% in 2013 when compared to 2012. This is the highest level seen since 2007, according to government figures recently released -  great evidence of what we are all feeling is happening: that the housing industry is looking healthy again.

The Home Builders Federation said that the figures showed a returning confidence to the housebuilding industry, fuelled by the launch of the Help to Buy equity loan scheme last Spring.

“It is now clear, after a number of difficult years that saw housing supply levels drop to a record low, that housebuilding is now increasing significantly,” said HBF’s executive chairman Stewart Baseley.

“Help to Buy is increasing demand for new homes and the industry is responding. People’s inability to buy in recent years has been the biggest constraint on the industry’s efforts to build more homes.”

This is great news for building products manufacturers and distributors.

To look at the latest sales jobs in the building products industry click here.

Promote Your Page Too